Home » Blog » Did You Know January Is Glaucoma Awareness Month?

Did You Know January Is Glaucoma Awareness Month? 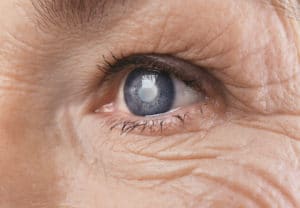 Over the past few years, glaucoma has become one of the most common groups of eye diseases in the US. In fact, according to the CDC, about 3 million Americans suffer from glaucoma, with the number increasing drastically each year. What’s even worse is that at least 120,000 people are blind due to glaucoma, which accounts for almost 10% of all cases of blindness.

As a result, in order to raise awareness about this dangerous group of eye diseases, the National Eye Institute has declared January as Glaucoma Awareness Month. So, let’s take a look and learn more about how glaucoma affects people and what we can do about it.

Glaucoma refers to a group of eye diseases that damage the optic nerve, which is essential for good vision. Simply put, the optic nerve works like an electric cable with millions of wires that carry images from the eye to the brain. When it gets damaged due to abnormally high pressure, your brain is unable to process the images, gradually causing blindness.

And even though glaucoma is one of the most common causes of blindness for people over the age of 60, it can also affect people of all ages.

It’s important to mention that there are several types of glaucoma that people can suffer from. For starters, primary open-angle glaucoma and angle-closure glaucoma are characterized by an increase in intraocular pressure. In contrast, normal-tension glaucoma happens when there is optic nerve damage despite having normal intraocular pressure. Additionally, any disease that contributes to or causes increased eye pressure which leads to optic nerve damage is referred to as secondary glaucoma.

What are the Risk Factors?

Unfortunately, the cause of glaucoma is still under debate, as there are multiple theories on what leads to fluid buildup in the eye. However, there are a couple of risk factors that can help you determine if you are predisposed to it. For example, people of Asian, African, and Hispanic descent are more likely to develop glaucoma. Other risk groups include people of old age, diabetics, people who are nearsighted, and family members of those already suffering from the disease.

What Can I Do About It?

As of today, while researchers are doing their best, there is no cure for glaucoma. Even so, there are a couple of treatments that can slow down or even prevent the progression of the disease. Not only that, but surgery has also proven to be effective, especially for those suffering from specific types of glaucoma.

Ultimately, the best thing you can do to protect your sight is to get a comprehensive eye exam. That way, you can discover glaucoma and other similar conditions in their early stages and prevent unnecessary vision loss. So, if you find yourself a member of any glaucoma risk group, you should get an eye exam as soon as possible.

Ready for your eye exam? Then it’s time to give Dr. Schnipper a call and say goodbye to vision loss!